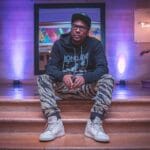 For many of us, the pandemic’s lockdowns meant being forced to shelter in place and work from home. For many others, it meant working on the front lines even under unprecedented uncertainties. For touring musicians however, the pandemic meant not being able to work—at all. Though now, as we inch back to normalcy, we’re likely headed for a creative boom, and an adjoining touring frenzy, unlike anything the global electronic music industry has ever seen before. Leading the charge is veteran force 12th Planet, announcing his brand new Supernova EP, dropping off the project’s lead installment, “Clairvoyant,” and laying out a 25-stop road stretch to boot. Ahead of the EP’s full delivery, 12th Planet told Dancing Astronaut,

“I am really excited for this 2021 tour. Last year my tour got cut right when we were about to start due to COVID-19. Since then, I have been at home working in the studio and waiting for this moment for over a year now. I can’t wait to play all my new music I have been working on, especially the songs from my upcoming ‘Supernova’ EP. I have also been working very closely with Team Immanent on creating a new visual show for the tour. On top of that I have some new merch about to drop for this summer and for the tour. I can’t wait for everyone to see it.  Overall, I am absolutely ready to get back on the road again.”

The Supernova tour is due to kick off in Los Angeles on August 13 and run into November, hitting Chicago, Atlanta, New Orleans, Las Vegas, Philadelphia, and more in between. Support for the tour has yet to be announced publicly, however, look for the “Swamplex Terrestrial” producer to represent on the road with a talented cast of bass music’s best. See the full tour poster, and hear the lead single from Supernova below.

The post 12th Planet announces new ‘Supernova’ EP, coinciding tour, ‘I am absolutely ready to get back out on the road again’ appeared first on Dancing Astronaut.