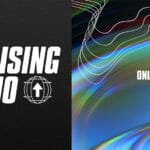 The series will invite community experts to discuss the history of Asian American’s experiences in the United States, and the ongoing forms of racism they have faced. 88rising Speakers will take place on 88rising Radio, channel 305 on Sirius XM. The first guest was Asian American Advancing Justice president and executive director, John C. Yang, who appeared on the show on March 22.

Influenced by the uptick in Anti-Asian violence over the past year and more specifically, within recent months, the show represents 88rising and SiriusXM’s hope to raise awareness about the violence committed against Asian Americans. In month of March alone, a shooting suspected to be racially motivated left eight people dead, six of whom were Asian women. An elderly Asian woman had been assaulted in San Francisco shortly after the shooting, while another woman in New York City had also been attacked.

88rising initially faced backlash due to its response to the shooting. The brand posted a yellow square on its Instagram page. Many fans subsequently took to Twitter to express their dislike for the yellow square, urging 88rising to consider more action-based methods to raise awareness. 88rising apologized for the ill-received yellow square and pledged $100,000 to AAJC, AAJC Atlanta, the North Asian Pacific American Women’s Forum, and the Asian Mental Health Collective. 88rising Speakers is a part of 88rising’s efforts to go beyond a square.

The weekly series can be streamed via 88rising Radio (Ch. 305) on the SiriusXM app. Full episodes are also available on 88rising’s YouTube channel.