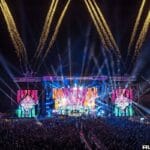 HARD Events has announced its debut event in the United Kingdom and will have its first-ever HARD London visa stamped on August 21.

HARD London will be hosted at The Drumsheds, a new venue from the creators of the infamous Printworks. Its inaugural lineup heartily represents the brand’s distinctive electro and bass-forward style, with HARD veterans Tchami, Malaa, and Kayzo tapped for the one-day festival. Fans at HARD London will also see Dillon Francis and JAUZ on import from California, and Swedish icon Alesso smash out one of his signature progressive house sets.

Pre-sale tickets for the event will be available on March 31; sign up for access here. The first phase of the “summer party” can be found below. HARD plans to add more artists in the coming months.