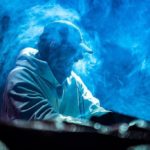 An inductee of Dancing Astronaut‘s 2021 class of Artists To Watch, ALRT has swiftly and decisively impressed his signature on the electronic space even before the sand in the 2020 hourglass fell to the bottom. On January 27, he brought a new year in music to a red-hot start with “Touch Me,” the first and only preview of what then remained yet to come on NRG, Vol. 2.

We’ve known all along that ALRT is no one-trick pony, and the six-pack extension of the NRG series only further illustrates his ability to run the gamut of sounds that currently color the dance context. Akin to NRG, Vol. 1, which bore but one feature, this second installment is guest-free, putting the Los Angeles-stationed talent’s box-evading proclivities on pure, unadulterated display.

NRG, Vol. 2 is out now via Deadbeats. Stream below