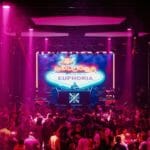 Montell2099 gets the mix party started with his remix of Wilkinson’s “Take You Higher” and Metrik’s “Hackers.” JAWNS excites with IDs from himself and Knock2, and play out of his highly anticipated collaboration with RL Grime. Juelz, fresh off the release of his Paradise Lost EP, showed that he’s still sitting on plenty of unreleased music over the course of his 30 minutes. Last but certainly not least, Rossy, one of our 25 Artists to Watch in 2022, continued her rapid ascension with a set that includes RL Grime’s unreleased remix of “Miss The Rage,” music from ISOxo, and a bevy of unreleased IDs, including a collaboration between herself and Aleko.

It’s been a minute since Sable Valley released music, with the last label-issued production being Juelz’s “Hideaway” in early November of 2021, but if its takeover of the Annie Nightingale Show is any indication, RL Grime’s imprint is primed for a massive 2022. Get those trap arms ready and soak in all 120 minutes of the takeover below.