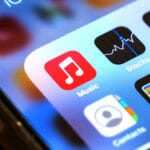 Starting in June, Apple Music will officially bring lossless audio quality options for more than 75 million tracks in the Apple Music library at zero extra cost. The technology company will use ALAC (Apple Lossless Audio Codec) to preserve each bit of the artists original recording quality. In other words, Apple Music subscribers will be able to hear the exact same audio that artists have originally created in the studio.

In addition to the launch, Apple will support lossless and spatial audio music with the use of Dolby Atmos. Artists and users alike will be able to create immersive audio experiences with enhanced multidimensional effects and sound clarity options on products that include an H1 or W1 chip such as the AirPods, AirPods Pro, AirPods Max and Beats headphones. In an official statement, Oliver Schusser, Vice President of Apple Music and Beats said,

“Apple Music is making its biggest advancement ever in sound quality. Listening to a song in Dolby Atmos is like magic. The music comes from all around you and sounds incredible. Now we are bringing this truly innovative and immersive experience to our listeners with music from their favorite artists like J Balvin, Gustavo Dudamel, Ariana Grande, Maroon 5, Kacey Musgraves, The Weeknd, and so many more. Subscribers will also be able to listen to their music in the highest audio quality with Lossless Audio. Apple Music as we know it is about to change forever.”

“Today marks the introduction of Dolby Atmos on Apple Music—a new music experience that is transforming how music is created by artists and enjoyed by their fans. We are working with Apple Music to make Dolby Atmos widely available to all musicians and anyone who loves music.”

The move follows the launch of Amazon‘s Amazon Music Unlimited, which gives subscribers lossless music quality at no extra cost, and will most likely launch alongside the release of iOS 14.6.