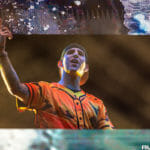 Apple Music has come through yet again to soundtrack to the calendar’s final days. In 2020, the streaming Goliath made became the first of its kind to play musical host to a lengthy catalog of DJ mixes, and its following up the end-of-year celebration it held with dance music’s finest by doing it all over again. Released exclusively through Apple Music, 24 specifically curated New Year’s Eve mixes—in lossless quality—are now available to enjoy from not only the electronic music end, but from artists under a wider genre range this time around, including pop, Latin, and hip-hop.

Headlined by none other than Dancing Astronaut‘s 2021 Artist of the Year ILLENIUM as well as Alison Wonderland, a pair of of Dancing Astronaut Artists to Watch in 2022 in Fred again… and LP Giobbi, Patrick Topping, Zane Lowe, and a myriad of others, Apple Music’s timely Christmas Eve present is a surefire way to hold us over into 2021’s homestretch and well into the new year.

Stream a few of Apple Music’s New Year’s Eve mixes below and scan through the entire list here.