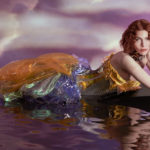 Heralded as a forward-thinking, envelope-pushing experimentalist whose sonic signature virtually refined modern conceptions of what it means to be inimitable, SOPHIE and her pioneering contributions to music advanced the landscape in a unique and transformative way. These are the sentiments not only of the Glasgow-born producer’s devoted following, but also of the countless artists across genres who took to Twitter to mourn the news of SOPHIE’s January 30 death, paying tribute to a creative and trans icon who changed the lives of many through her music and perspective.

Below, Moore Kismet, Dillon Francis, Sam Smith, and more remember the one-of-a-kind talent, whose mark on music is that of a permanent caliber, as time has already shown, and will continue to. Rest in peace, SOPHIE.

The 34-year-old’s most recent release, “UNISIL,” came just two days before her death and can also be streamed below.

The post Artists pay homage to SOPHIE amid news of the visionary’s death appeared first on Dancing Astronaut.