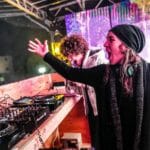 Au5 drops off a certified head-turner with his latest single, “Make You Cry” featuring RUNN, landing on Tritonal’s imprint Enhanced Recordings. The New Jersey-native’s newest offering abides by his decorative approach to the heavy and melodic dubstep sub-genres, as the empowering vocal track follows up on his two previously released Enhanced singles “Was It You” with HALIENE and “Happy Where We Are” alongside Tritonal and Dylan Matthew.

“Make You Cry” not only spotlights Supernovas-featured singer RUNN’s unmatched vocal prowess but furthermore defines Au5’s eloquent balance of bittersweet melodies and startling basslines. The duo bring forth a flawless bout of melodic bass, landing as some of the strongest outputs from either artist in recent memory, while furthering Enhanced Recordings’ reputation as a leader in this particular sonic space. Stream “Make You Cry” below.

The post Au5 and RUNN push stunning melodic bass that may ‘Make You Cry’ appeared first on Dancing Astronaut.