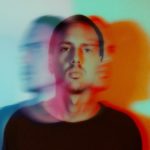 Hot on the heels of his new single “Days Like This,” a euphonious house track perfect for those after-hours vibes, FIIN joins the AXIS family with a rousing mix of playa-inspired house and tech that sinks its teeth in and refuses to let go for a full hour of experimental funk, tech, and house.

Known for his own stirring productions on Ultra Records, FIIN is one of the youngest and most exciting producers coming out of Miami’s electronic music scene. Tapping into the energy of the scene he calls home, he combines a love for groovy undercurrents with upbeat tech house rhythms and this mix is no slouch in either department. A risk taking producer, his debut AXIS mix is equally avant-garde, incorporating the sounds and styles from all over the world including The Mauskovic Dance Band, Bedouin, Monkey Safari and Fauvrelle. If you’re missing the all night dance parties of SPACE Miami’s terrace than look no further than this mix from Miami’s hottest export.