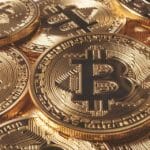 Beatport announced that it will officially be accepting Bitcoin (BTC) as a form of payment on the site starting in June, becoming the first major digital music retailer to do so. Leveraging the continually increasing mainstream interest in cryptocurrency, Beatport’s new commitment to Bitcoin signals another major step in the music industry’s relatively recent dance with the emerging blockchain space.

“When it benefits and strengthens the artist community, there is no reason to stop innovating. It’s clear that, even in the midst of a pandemic, the DJ/Producer community is willing to lead the industry towards embracing new technology and innovative mediums for engaging with their fans,” said CEO of Beatport, Robb McDaniels.

Arriving ahead of the June launch will also be the company’s own non-fungible token (NFT), “Music for Future Dance Floors,” which will be coming to the site come Friday, April 23. Working alongside Crypto.com, a cryptocurrency project currently valued at more than $4 billion, the NFT will fuse audio and visual components from a number of artists including Boys Noize, Sasha, Charlotte De Witte, and more, and a portion of the profits will be donated to charity.

“For Beatport, this is just the beginning of our exploration into the metaverse and we are committed to the long-term opportunities this revolutionary technology portends,” McDaniels added.

As Bitcoin continues to conjure up tsunami waves across global industries, it seems that Beatport hopping on the crypto rocket is just the beginning of an explosive new era.