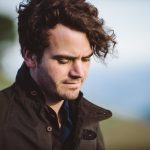 Pierce Fulton has died; he was 28 years old. The producer’s brother, Griffin, delivered the news to Fulton’s fans via social media, expressing that his younger brother had succumbed to a long and tragic struggle with his mental health on Thursday, April 29. Fulton is survived by his parents, his brother, sister, and wife.

In his note, which you can read in full below, Fulton’s brother pays homage to the beloved producer, thanking family, friends, and first responders, and ultimately, imploring readers to treat their mental health with the utmost concern and care. Grieving fans and contemporaries are encouraged to leave thoughts, condolences, memories, and more at pierce@piercefulton.com. The elder Fulton brother also expresses his gratitude, noting that Pierce’s family will be forming an organization dedicated to, “real and lasting positive change,” similar to how Avicii‘s family has continued to carry the artist’s legacy with the Tim Bergling Foundation.

Pierce Fulton was among the brightest torch carriers on the scene amid EDM’s global explosion into the mainstream over the previous decade. Fulton’s 2014 hits, “Kuaga (Lost Time)” and “Runaway” still stand as some of the most treasured and adored landmarks of that moment in time for dance music, and Fulton’s impact on the larger genre is one that won’t soon be forgotten.

If you or someone you know are struggling with your mental health or wellbeing, and need support, we encourage you to reach out to the following resources:

The National Suicide Prevention Lifeline’s toll-free number, 1-800-273-TALK(8255), is available 24/7.
The Crisis Text Line is a free text-message service that provides 24/7 support. Text a message to 741-741 to connect with a trained crisis counselor immediately.
Resources from the NSPL are available online, here.
Resources from the American Foundation for Suicide Prevention (AFSP) can be found, here.
The Substance Abuse and Mental Health Services Administration’s (SAMHSA) National toll-free Helpline is available 24/7 at 1-800-662-HELP (4357)