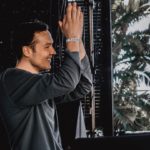 Melodic house royalty Ben Böhmer is back with his second single of the new year. Featuring ethereal vocals from Panama, “Weightless” is another meticulously crafted Böhmer production starring celestial synth work at the forefront. Underneath the top melody, a hypnotic midrange synth and driving bassline give “Weightless” movement and purpose. Overall the track is a light and optimistic affair, reminiscent of Böhmer’s recent hot air baloon DJ set.

Ben Böhmer got his 2021 off to a roaring start in January with his first collaboration with Tinlicker, “Run Away” featuring Felix Raphael. “Weightless” is another first for the German star, marking his debut track released via Future Classic. Böhmer’s first live performance of his new single could come in May, when he is scheduled to perform in-person at Seismic Dance Event in Austin, Texas.