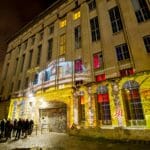 The city of Berlin has officially recognized clubs as cultural institutions following a year of campaigning from the Parliamentary Forum For Club Culture & Nightlife. The news comes after more than a year of campaigning, with a nearly unanimous vote changing clubs and live venues from entertainment sites to cultural institutions. The vote was presented to the federal government on Friday, May 7, for final consent.

The Berlin Club Commision’s Pamela Schobeß said in a statement,

“We would like to thank the members of the Parliamentary Forum in particular for their commitment and perseverance in this matter. With today’s decision, the Bundestag is sending a strong and long overdue signal to the republic. Music clubs are cultural institutions that shape the identity of city districts as an integral part of cultural and economic life. Now, an outdated law is to be adapted to reality. This helps to keep cities and neighborhoods alive and livable and to protect cultural places from displacement.”

Clubs, theaters, museums, and concert halls will all be considered cultural institutions. Venues will also benefit from tax breaks, have permission to operate in more parts of the city, and will also be protected from displacement. This will allow many of the artistic centers that have been closed due to the ongoing COVID-19 pandemic to have the potential to operate and make a full return once they are allowed to reopen. Spokesman for LiveKomm, Thore Debor, said,

“We are counting on the federal government taking up this parliamentary mandate quickly and implementing the amendment of the building use ordinance in this legislature. Especially now in times of Corona, we need this overdue step more than ever.”

In October, Berlin funded 40 clubs to celebrate the city’s inaugural “TAG DER CLUBKULTURE,” or “Day of Club Culture.” The event had been organized by Berlin’s Senator for Culture, Klaus Lederer, and Clubcomission Berlin.