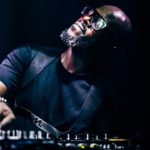 World-renowned DJ and producer Black Coffee has shared the most expansive and impressive record of his career, Subconsciously. The new record is the South African’s first full-length release since his 2016 album Pieces Of Me. It arrives nearly a year and a half after the LP’s first single “LaLaLa” with Usher dropped in late 2019.

Throughout Subconsciously, Black Coffee’s mastery lies in harnessing the diverse skillsets of his recruited talent while his own production swirls between organic elements and deeper house influences. The album’s core themes of love and uncertainty are accentuated by delicate acoustic work sprinkled into the electronic production. Subconsciously frontloads the tracks dealing with self-consciousness and worry, but the bright house sounds build an optimistic soundscape that climaxes with the shimmering finale “Never Gonna Forget.” All in all, it’s a must-listen that might find its way into end-of-year Top Electronic Albums lists come December 2021.