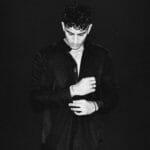 BOMBAYS‘ second single via Thrive Music comes in the form of “VOYEUR,” which finds the Icon Collective alumni maintaining his momentum within the house music scene, sparked by the release of his BELIEF EP on Insomniac‘s IN / ROTATION, not to mention a number of independent releases. The Los Angeles-anchored artist said of “VOYEUR,”

“The inspiration for this record stems from pushing the boundaries of my creativity and of house music. VOYEUR is a record crafted around groove and emotion—ultimately resulting in a production layered with raw basses, synths, and a hypnotic vocal. Each element continues to evolve through the duration of the record to keep any listener at the edge of their seat.”

“VOYEUR” follows “ALLURE,” released in March. The mesmerizing follow-up proceeds in sync with BOMBAYS’ penchant for raw, authentic sounds while engaging the sonic elements that push house music past its confines.