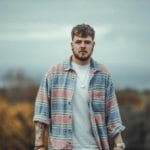 Boy North has a “Dream of a Better Tomorrow.” Featuring soft vocal echoes and soothing tones, the EP-preceding single trails the Scot’s “Need You By My Side” and “We All Stood Still,” released in April and May, respectively.

Quiet instrumentals add to the cut’s calming character, which is well-suited to a long, winding drive or a relaxing afternoon spent in the company of friends. Boy North reflected,

“The third release of this EP speaks for itself, A time where we were all so uncertain about where the next day would take us, Hoping that with every sun rise we would be that little bit closer to normality, A very reminiscent time of how great things were and how much we took them for granted, but silently praying that we will once again have those memories to create in the near future, A time where we all would ‘Dream Of A Better Tomorrow.’”

The post Boy North pines for a sweeter future on ‘Dream Of A Better Tomorrow’ appeared first on Dancing Astronaut.

Tagged as "Dream Of A Better Tomorrow", Boy North, music.