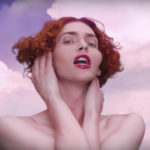 As the news of SOPHIE’s sudden and untimely death continues to set in, my mind, like many, can’t stop trying to quantify the sheer impact of SOPHIE’s short albeit graceful window on Earth. Aside from a catalog of music that overflows with courageous and unabashed talent, Sophie Xeon was one of those humans that, at the end of the day, simply left the world with far more than when she got here. Even beyond harnessing sounds previously unarticulated, SOPHIE seemingly gave the collective zeitgeist something much more meaningful: the feeling of acceptance in all forms—mind, body, and soul.

One could easily fill the page with SOPHIE’s well-deserved accolades, or underline how SOHPIE’s sonic mastery lent itself to creative giants like Madonna, Flume, Charli XCX, Vince Staples, Lady Gaga and so many more. Even from a distance, it was clear the Glasgow-born beatsmith was at the forefront of entirely new genres within the electronic space. But the loss of that musical brilliance is just one component of our collective grief. Although the OIL OF EVERY PEARL’S UN-INSIDES producer accomplished feats many only dream of, they still do not manage to paint the full picture of who SOPHIE was—a force so much greater than a Grammy nomination and impressive production credits.

I think many of us likely remember the first time we heard SOPHIE come through the speakers—mine was “MSMSMSM” in RL Grime’s Halloween IV. The creeping introduction of menacing, metallic clangs, a jolt of gears turning, the sharp, severe build up to a climax of reverberating tolls. It was SOPHIE in a nutshell, a singular reflection of its creator, and a damn good introduction.

SOPHIE created a space for herself that doesn’t exist for most people, devoid of owing anyone explanations about who she chose to be. Being a transgender woman in the music industry is as easy as it is common, but Xeon pushed past every narrative that lay rooted in the path, simply by being the most exquisite and unrefined version of SOPHIE. Using her body as a means of feeling and feeling as a means of creating, the correlation between the vast expanse of music SOPHIE created was synonymous with the human body. In a 2019 interview with Clique, the producer expressed, “Seeing [the body] as something you like and love and want to have fun with, and is going to carry you around and enable you to do things you want to do.” In a culture hyper-focused on detox teas and Instgram likes, touting true body positivity can’t be underlined enough.

After years of working closely with the PC Music crew—A.G. Cook, GFOTY, and Hannah Diamond—SOPHIE found herself a rising star…without a face to put to the name. Until that point, the music had simply spoken for itself and Xeon never felt it necessary to be in the public eye. That changed in 2017, when the music video for SOPHIE’s first single from her own independent MSMSMSM imprint, “It’s Okay To Cry” aired. Not only is the track and introduction to SOPHIE’s own vocals, nor just the opening track of her critically lauded OIL OF EVERY PEARL’S UN-INSIDES LP, but beyond that, the song is an introduction SOPHIE’s physical embodiment. While praised endearingly as brave, SOPHIE never saw the physical debut as an act of bravado, but as an instinctual next step, stating bluntly,

“I don’t see any difference. It’s just expression. I’m always honest in what I put across.”

Time and again across her catalog, SOPHIE places the listener in her world— one which embraces the feelings that society often deems as “wrong,” reminding us that somewhere there is a place we are consistently welcomed and loved.

In the hours following the news of her passing, I reached out to a similarly rising star, Moore Kismet, Dancing Astronaut‘s Breakout Artist of 2020. As a non-binary producer coming up in today’s circuit, it would be impossible to overstate the influence SOPHIE had on Kismet. Says Moore, “When I first heard SOPHIE’s music it had taken me aback by how unapologetically unique and weird and crazy it was.” Kismet continues reflecting,

“As [I] started growing and cultivating my own sound and making things weirder and not being afraid to experiment with things, I realized that in the same way she approached her music, I had my own ways of approaching mine, and when I found out she was trans it was a completely different ballpark.” In a lot of ways SOPHIE’s music and SOPHIE in general, being who she was, is what helped people figure out who they were and figure out how to be open and honest, musically, physically, emotionally, and mentally.”

Unperturbed by the reality of the world before her, but rather propelled by a world she believed in, SOPHIE led by example. It’s as if there was an entirely new reality and SOPHIE opened up a portal and gave everyone an all-access pass. This was a person who created art from a place that was hyperreal, conjuring up sounds from the imagination, including fantasies such as piano the size of a mountain.

SOPHIE was limitless—a force whose perception of life remained independent of what was expected or demanded. SOPHIE lived in a place where there were no ridges, only fluidity; no rules, only expression, no labels, only being. Thoughts about SOPHIE, conjure my own musings about universe. In a sense, SOPHIE’s art was its own universe to so many people. There’s the “real” world, and then there’s the world SOPHIE lived in. While no longer here on Earth, SOPHIE gifted us a “Whole New World” of her own making, and as long as some headphones or a speaker are nearby, I know which one I’ll be living in.

Tagged as FEATURES, in memoriam, msmsmsm, Oil Of Every Pearl's Un-Insides, Sophie.

Trivecta maps out ‘The Way Back Up’ on Ophelia Records-backed ...

New upgrades render The Brooklyn Mirage one of the country’s premier...