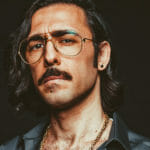 Butch translates what the 1986 Ferrari Testarossa looks like into this aptly titled tech house record that drums up nostalgia for electronica’s early days. A bustling production with simple 808s and synthwave textures “Testarossa” lands on MDLBEAST Records as the Saudi labels second release to date.  Tech-house-inspired with minimal percussion, Butch artistically ups the ante by weaving in moody synths and increasingly progressive bass lines. The result is a dark but euphonious and dance-worthy tune that’s a killer second pressing from this up-and-coming imprint.