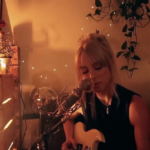 The idea that “One More Day” could conceivably improve didn’t seem plausible until Chandler Leighton took to Instagram to present a reimagined adaptation of the now-crossed-off inclusion on Dancing Astronaut‘s account of the most-anticipated IDs of 2021. Just two weeks after the melodic supergroup comprising Leighton, Jason Ross, and Blanke delivered the single on Ophelia Records, the songstress has shared an absolutely stunning acoustic version of the already picture-perfect collaboration.

In the more than three-and-a-half minute adaptation, Chandler Leighton elicits all of the raw, red-hot emotion that “One More Day” drew out in its original state, setting the lyrics at a more leisurely pace and offering a re-energized outlook on the melodic dubstep magnum opus. While Leighton says she hopes to ideally migrate the acoustic to streaming platforms in the near future, streamers can enjoy her complete live edition of the single below.