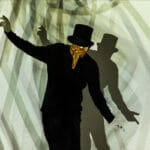 The “joy” and occasionally, the “pain” of the human condition; around these elements revolves Closer, Claptone‘s third studio album. Contextualizing Closer in his long-form catalog, the enigmatic house man reflected, “Charmer [2015] was merely an introduction from a mystic being coming out of the shadows. On Fantast [2018], I tried to find my roots in nature, and it was more of an escapist album, whereas Closer embraces people and the universe inside them.”

This embrace transpires across 14 tracks that source features from a wide variety of artists including Seal, Mayer Hawthorne, Mansionair, Peter Bjorn and John, Shelly Wale, and Claptone collaborator Nathan Nicholson, noteworthy for his work alongside the producer on “Heartbeat,” “Under the Moon,” “Is This Love,” and more.

Among those invited to lend their voices to Closer is Barry Manilow. Although it’s a pairing of an unexpected nature, it’s one that took root organically, according to Claptone, who recalled Manilow’s mention of him in a TV interview. When asked who his favorite act was, Manilow cited Claptone.

“So, I hit him up. He was like, ‘let’s do something,’” Claptone explained. The serendipitous result—”Nobody”—can be streamed below, along with the rest of the LP’s tracklistings. Closer, said by Claptone to be an “ode to togetherness as well as empowerment, to heartache as well as bliss,” is out now via Different Recordings.