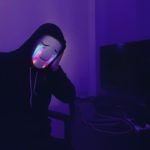 Electronic dance music fans have found something new and exciting in rising producer CloudNone, whose latest single comes a hit of “Dopamine.”

With its pop-driven, airy vocal chop, “Dopamine,” which completes CloudNone’s Dream Running / Dopamine EP, harnesses an electrifying spirit. Sailing into bass house waters, “Dopamine” possesses fun-loving yet razor-sharp production sure to earn not only Direct but also CloudNone recognition. Though the latter producer has only been on the map since 2018, he’s garnered support from Tiësto, Oliver Heldens, Don Diablo, and Illenium, while nabbing a feature on famed video game Rocket League.

Stream “Dopamine” along with its equally well-honed accompanying track “Dream Running,” produced alongside Direct below. Dream Running / Dopamine is out via OH2 Records.