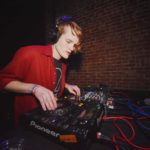 Bass wizkid Dank Frank has just released his latest delivery, “Melody Lives On,” and the title speaks for itself. Releasing this time via Jadu Dala, Frank has also been a part of Excision‘s new imprint Subsidia Records, with his his wonky bass tune “Transcend” landing on Subsidia’s compilation album Dusk Vol. 2.

Kicking off with syncopated synths and delving into a crisp and building back beat, the track airs on the lighter side of bass music while still producing a melodic and catchy intonation that falls fluidly on fans’ ears. “Melody Lives On” carries the rhythmic quality that will likely be heard on multiple livestreams and mixes in the months to come.

Garnering support from Zeds Dead, Alison Wonderland, Liquid Stranger, Boombox Cartel and more, Dank Frank is absolutely one to watch out for in the bass scene. Stream “Melody Lives On” below.