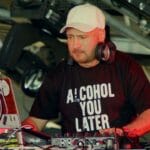 House music legend Danny Tenaglia will bring some good to the world for his 60th birthday in conjunction with Beatport and Gray Area. From March 6 – 7, a stellar array of artists curated by Tenaglia himself will take the decks to participate in a free, two-day livestream event aimed at drumming up viewer-submitted donations for UNICEF.

The heavy-hitting list of artists set to perform at Tenaglia’s birthday fundraiser include David Guetta, Carl Cox, Markus Schulz, Guy Gerber, Seth Troxler, and more than 15 additional acts. In an official release, Tenaglia stated that he could have thought of 100 more artists to invite to join his birthday lineup, but noted that he is especially close with those who figure on the UNICEF benefit’s roster of talent. “All of the DJ’s participating have influenced me in so many ways, and I am honored to consider each and every one of them dear friends,” Tenaglia expressed.

The livestream will be hosted on a variety of platforms including Gray Area’s Twitch, YouTube, and Facebook channels. Register for the event here. Those who register to attend will be entered into a raffle to win prizes such as signed albums, T-shirts, and more.