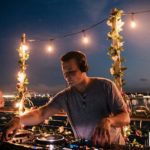 Two names rising to the Anjunadeep surface—David Orin and Wassu—can be found credited alongside each other on “Magenta,” issued via When We Dip XYZ. Manufactured in the downtempo/organic house style that has won each of the two New York native producers praise in the past, “Magenta” is a seven-minute and 12-second slow burn that extends the collaborative flame that the pair first founded on “Devi.”

Released in November of 2019, “Devi” was no fleeting affair, either. Occupying a mellifluous six minutes and 23 seconds of runtime, Orin and Wassu’s inaugural liaison retrospectively serves as an unabashedly viscous clinic in the honeyed sound that results when the pair conjoin their ambient sensibilities. “Magenta” is further illustration, and leaves the lingering sense that the sonic narrative that Orin and Wassu have written with these two releases is far from its conclusion. Stream below.