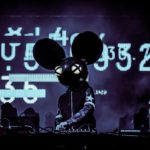 deadmau5 has joined the dozens of artists now translating their work to Audius, sharing several previously unreleased demos to the platform.

Among the demos are “Meowingtons hacks Tracks,” “Meowington’s Normal hacks,” “Violence Speed Momentum,” and “Hyperlandia (OG),” among others. The demos embrace deadmau5’s older stylizations, while others such as “Unlucky (Work in progress)” tap into a different type of sound.

deadmau5’s Audius activity follows his recent revelation of hau5trap, a subsidiary of mau5trap. Stream the demos below.

The post deadmau5 uploads a host of unreleased demos to Audius appeared first on Dancing Astronaut.