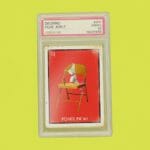 Deorro continues to bring diverse sound and vision to the world’s of latin and dance music with his latest heater “Ponte Pa’ Mi’ featuring Jon Z on vocals. Earlier this year, Deorro released “Me Siento Bien” with Alex Rose his first latin production that incorporated his a classic Deorro style meant for the festival circuit. This time around, he’s bringing the urban world into the electronic space with a fresh, high energy electro production laced with some moombahton meets reggaeton influences. An expert at crafting undeniably fun club tracks, Deorro outdoes himself on ‘Ponte Pa’ Mi,’ the swinging percussion, Jon Z’s vocal stylings, and the electro legend’s energy all coalesce into one of the first party tracks of 2021.