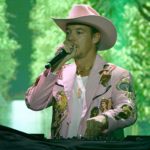 Back in November of 2020, Diplo partnered with Sonny Fodera for their unforgettable debut collaboration, “Turn Back Time.” Now, three months after its release, the tune is back in the spotlight, thanks to the release of its accompanying visual.

The “Turn Back Time” music video tells the story of an office employee who can’t seem to escape a mysterious woman. The confusion reaches its peak as the protagonist opens a door to a meeting room, only to find each chair in the room occupied by identical copies of the woman. Sharp camera work and engaging environments make it impossible to tear your eyes away from the visual accompaniment. As for how it concludes? You’ll just have to find out yourself.