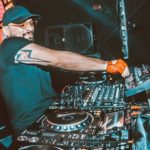 French dance music producer Dombresky has unveiled his second single of 2021, “Do You Remember.” The Insomniac signee recruited the honeyed vocal chops of British singer-songwriter Camden Cox to follow up his last collaborative single, “Down Low,” featuring Ricky Ducati and Donnie Sloan.

“Do You Remember” is captivating dance offering that belongs in discotheques and day clubs around the world. The March 26 release came with a radio cut and a five-minute extended mix, the latter of which would be more appropriate for such venues. Dombresky’s catchy house piano and well-polished vocal chops shine through in this four-on-the-floor stunner.

Stream “Do You Remember” below.

The post Dombresky drops second single of the year, ‘Do You Remember’ [Stream] appeared first on Dancing Astronaut.