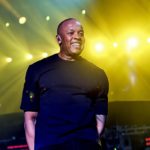 Following his hospitalization for a brain aneurysm on January 5 in Los Angeles, Dr. Dre is “doing really great and getting excellent care from his medical team,” and is optimistic that he will “be back home soon,” according to an Instagram statement.

TMZ originally broke the news that Dr. Dre, real name Andre Young, was hospitalized for a brain aneurysm. Doctors reported that Dre is lucid and in stable condition, but are still trying to determine the cause of the bleeding.

Just hours after the artist was admitted to the hospital, his house was the target of an attempted burglary. LAPD officer Lizeth Lomeli confirmed to NBC News that at around 10:00 p.m. PST on January 5, LAPD officers responded to a report of an attempted burglary in which suspects were seen “coming over a hill” towards Dre’s Brentwood home. Lomeli confirmed that after a “short pursuit,” the four suspects were arrested. An investigation is ongoing.