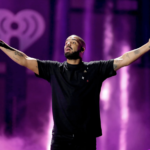 On the road to Certified Lover Boy is a detour: Scary Hours 2. But, this map should be familiar; after all, Drake took the same course in the months leading up to the June 2018 delivery of his fifth studio LP, Scorpion, dispensing Scary Hours just months prior in January 2018. Scary Hours 2 can be considered an appetizer to the main course, which is being “cheffed in every way possible,” Drake disclosed on OVO Sound Radio on March 5. “I don’t have an exact date, but it’s in the pot and it’s coming soon,” he said.

In the meantime, he’s given his devotees something to chew on. Bearing one Drake solo cut and two A-list features with Lil Baby and Rick Ross, respectively, Scary Hours 2 sees Drake dropping bars—and supposedly, some disses—as he finger rolls his way back to the charts.