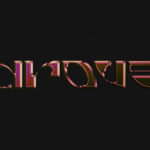 Martin Garrix has always assumed the responsibility of putting deserving and undiscovered talent directly in front of the electronic eye, and for one of STMPD RCRDS‘ first releases of 2021, the label is introducing another soon-to-be familiar name, Drove. Jelmer ten Hoeve (one-half of TV Noise), Eli Salomons, and Teun Wouters are all coming together to form the newfound Dutch powerhouse project and have formally instated their presence with the delivery of their debut six-track EP, Dusk.

Having previously working as behind-the-scenes producers and songwriters, the three gifted minds made the decision to band together to provide a consoling musical outlet. Drove built the project from the ground up throughout the early months of quarantine, basing their originative sound designs off sightseeing experiences as they experienced nature from sunrise to sunset, resulting in the birth of the EP’s apt headline.

Including the assistance of none other than Dillon Francis on “Places,” Drove’s half-dozen body of work embodies the essence of being able to escape through music, clashing a solacing stack of vocals with easygoing production that makes for a golden opening to the first of many appearances from the newly formed trinity.

Stream Drove’s first-ever EP Dusk in its entirety below.