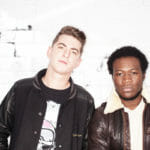 Veteran British beatsmiths, Skream and Benga are poised to return as a duo in 2022.

The last time the pair of low-end trailblazers officially collaborated on new music came nearly 20 years ago with 2003’s “The Judgement,” followed by a one-off reunion in 2011 for a stellar Essential Mix outing. Now, taking to social media to officially substantiate the rumors, Skream has confirmed he and Benga are in the lab together once again, working on a batch of new tunes set to arrive this year. According to Skream,

Furthermore, on Instagram, the Croydon-native producer added, “No throw back, brand new music only.”

In the time since Skream and Benga helped push dubstep from UK basements to stateside festival stages, Benga opened up about his mental health struggles, largely keeping a low profile since the release of 2013’s Chapter II LP. Meanwhile, Skream has maintained a steady presence inside the dance and electronic space, though he has notably opted to lean into more house-inspired productions and away from his bass roots for significant stretches over the last decade.