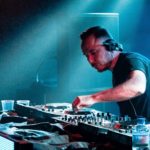 Just one year after Duke Dumont released his debut album, Duality, the veteran British DJ has returned fully equipped with a piping hot two-track EP titled For Club Play Only, Pt. 7. The club-ready extended play features two tracks “Alter Ego” with Channel Tres, and “Let Me Dance” with Kid Enigma, both of which are keen nightclub soundtrackers, landing at the perfect time as dancefloors across the world begin to slowly open back up.

Beginning the series back in 2012, For Club Play Only, Pt. 7, continues to exemplify the Grammy-nominated producer’s knack for reviving the UK underground house sound of the 90s. The two-track EP features a pair of riveting atmospheres, vogue ad libs, and an incandescent of flourishing piano melodies and acidic basslines. With its unmistakable energy and nostalgic production, the seventh installment For Club Play Only comes primed and ready for the return of sorely missed club nights. Stream For Club Play Only, Pt. 7 below.