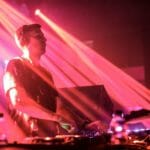 Eli Brown unleashes his boisterous three-track Escape EP as part of Insomniac‘s launch of its new underground label Factory 93. Announced earlier in March, Factory 93 will be the third label imprint under the Insomniac umbrella, joining Insomniac Records and the recently formed Lost In Dreams. Factory 93’s underground influences have played an intricate role in building the company’s foundation as Insomniac founder, Pasquale Rotella, shared in a press release,

“Factory 93 represents the beginning of Insomniac. Underground dance music will always be the root of everything we do. Factory 93 is a very passionate part of the Insomniac portfolio worldwide, which makes this new record label even more exciting for us. With the addition of Factory 93 Records, our team will be able to carry over its vision from the live events side into a carefully curated catalog we can’t wait for you guys to hear.”

The Bristol-based producer has built an impressive résumé as of late, notably working with Calvin Harris under his new artist alias Love Regenerator for his April 2020 EP, Moving. Brown’s Escape EP appropriately inaugurates the newly launched label with a blistering combination of decimating basslines and 90s’ influenced underground grooves. Factory 93 is dedicated to bringing the best in underground, techno, and house as the brand is gearing up for its debut of Skyline Festival on Memorial Day Weekend as well as III Points and Secret Project’s two-day outdoor affair in Miami taking place April 30 to May 1.