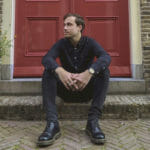 Falden’s artistic adventure jumpstarted through This Never Happened exactly one year ago and he’s now back to write a second label chapter. After Le Youth’s reimagining of his first One Day EP piece on the label’s five-year anniversary compilation, Falden is making his reunion with Lane 8’s melodic house haven official, adding to his growing story with a two-sided single, Stay / Elevate.

Stay / Elevate takes on a stark contrast between both production ends, with Falden setting out with a stylistic mission of “combine organic instruments with electronic sounds.” Opening the two-part package with “Stay,” Falden channels a more rhapsodic, edifying tone of melodic house that he describes as “revolves around its uplifting pianos.” For the single’s latter half, the Dutchman looks back towards the label head’s “Spring 2021 Mixtape” to uncover the three-hour session’s highly coveted “ID4,” tagging it with the name of “Elevate” as he repositions towards a “darker and deeper” temper with a gratifying interweaving of “powerful electric guitars.”