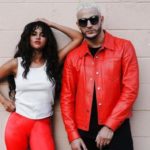 With just a two-word tweet—”WE BACK!!!”—DJ Snake formalized the closure of the gap between 2018’s “Taki Taki” and his and Selena Gomez‘s next collaborative undertaking. And, though Snake and Sel’s sophomore partnership taps into a different kind of heat than its Cardi B and Ozuna predecessor, the verdict is in: Snake and Gomez have struck gold yet again.

Deriving from Gomez’s Revelación EP, due March 12, “Selfish Love” saunters its way onto streaming platforms with pop-guided multilingual flair. In accordance with the Spanish language orientation of Revelación, which will be Gomez’s first all-Spanish extended issue, “Selfish Love” sees the vocalist fluidly intermingle two languages atop a Snake-supplied foundation. The easy listening appeal of “Selfish Love” recommends it for playlist queuing in the most casual of settings, and while fans can expect it to find its place among radio listings, the remix-ready nature of the original shouldn’t be lost on fans.