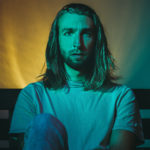 Melodic dubstep is a more-than-rivalrous musical space in this day and age, but with only two originals to his name, Feather has clearly yet to struggle with convincingly setting himself apart. The Nashville resident is setting out to permanently instate his now-burgeoning standing within electronic music, and these efforts have culminated in his brief yet laudable tenure into a wide-ranging, five-track introductory EP, Becoming.

Preceded by his two debut originals, including “Smoke” with Lostboycrow and the TikTok-acclaimed “Safe House,” Becoming is a well-rounded body of work that wholly substantiates Feather’s production dexterity. The euphonious directions of Feather’s debut EP know no bounds, spanning more lightsome pieces (such as the two forenamed singles) to a slightly more caliginous appearance on “Where Are You.” As evident through all five Becoming pieces, it’s ostensible that Feather seems only to be scratching the surface on a soon-to-be lengthy and masterful production catalog.

Stream Feather’s first-ever EP Becoming in its entirety below.