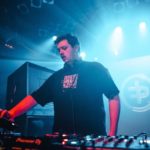 In the midst of ushering in his forthcoming album, .wav, Flux Pavilion has announced to fans via Twitter that he will no longer be producing dubstep.

The bass music visionary has been at the crux of the subgenre for an entire decade and simultaneously maintained his place on the leading edge of dance music. However, the producer wrote in a second tweet that he “doesn’t enjoy writing it anymore” and it “feels right to move on.”

While this news of this may come as a shock to many, after 10 years curating some of electronic music’s most iconic heaters, Flux Pavilion transitioning into something completely new may just be exactly the thing that pushes dance music into its next renaissance. Steadily releasing music across 2020 with triumphs like “You & I,” “Sink Your Teeth In,” and most recently, “I Believe,” he has been gearing his vast fan base up for upcoming LP .wav, set to hit the scene on January 21, 2021 via his own imprint, Circus Records.

Tagged as Dubstep, Flux Pavilion, i believe, NEWS, Sink Your Teeth In, wav, you & i.