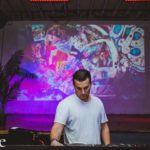 With two originals already to his 2021 catalog’s credit, Wassu continues to feed the year’s new music meter with the Kavi EP, produced alongside djimboh. The Anjunadeep  regular, whose deep and organic house proclivities have propelled his sounds to The Soundgarden and When We Dip XYZ, now extends his ambient touch to Lee Burridge‘s sister label TRYBEsof, and as those fluent—or at a minimum, well-versed—in Wassu’s style will expect, it retains its golden hue.

A placid three-part parcel of inclusions, each of which rests within the six-and-a-half to seven-and-a-half minute range, the Kavi EP is Wassu’s ambient answer to his year-opening David Orin assist, “Magenta,” and his collaborative EP with Phonic Youth, Better Place, released on February 5. Wassu’s third release of the calendar year proves a charm below.