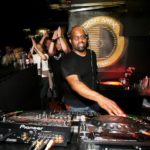 In continued commemoration of Black History Month and some of dance music’s most influential Black artists, Dancing Astronaut treks back in time to pay homage to one of the founding fathers of house music, the late Frankie Knuckles, and his legendary 2013 Boiler Room performance in his hometown of New York City.

As a figure responsible for defining and shaping the dance music up to its current point, Knuckles pioneered a performance style in the early 80’s that could only be described as an art form, which unmistakably plays out in his exhilarating Boiler Room takeover. In trademark fashion, Knuckles lets the music speak for itself with his seamless DJ mixing of tracks from the likes of Phunk Investigation, Joe Smooth, Ashford & Simpson, and more. Sticking to his true origins of soul, funk, and disco, this rare set provides fans from all over the world a special appreciation for one of the greatest to ever mix house music.