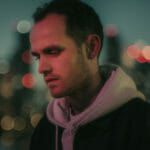 Waking up with LateNightTales seems like a bit of a paradox, but the series’ latest edition from New Zealand’s Jordan Rakei hits all the right spots, regardless of being spun in the AM or PM.

Like many great artists before him, Jordan Rakei’s contribution to LateNightTales doesn’t focus as much on his mixing ability as it does his expansive and colorful tastes. Clocking in at just over an hour’s length, the mix leads listeners through Rakei’s personalized collage of sound, touching on deep soul cuts, uplifting harmonies, and tempered downtempo grooves. Commenting on the release, Rakei says,

“I wanted to try and showcase as many people as I knew on this mix,” says Rakei. “My idea of LateNightTales was to distil a series of relaxing moments; the whole conceptual sonic of relaxation.”