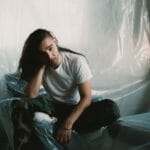 On October 27, Skrillex enthusiasts in the tri-state area had the unexpected opportunity to catch the dubstep driver on stage in New York for his first solo show in the city since 2017. Of note, it also doubled as one of Skrillex’s first shows after the COVID-19 pandemic, following his back-to-back-to-back with Four Tet and Jamie XX in London, and as to be expected, the event—which also featured Wax Motif and Noodz—swiftly sold out.

Kicking off with the Squid Game theme song and interfacing with classic throwbacks such as “Voltage,” not to mention numerous edits from rising artists such as isoxo, Knock2, leotrix, frosttop, a hearty stock of IDs, and finally, a surprise appearance from Benny Benassi, Skrillex made October 27 a night to remember. Experience it below, thanks to BMR vlogs on YouTube.