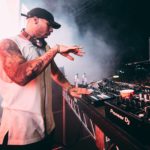 Most know TroyBoi as one of the most creative forces in modern trap music, and over the years, he’s proven that his trap sensibilities aren’t his only asset. The DJing standard at any EDC is set incredibly high, and in 2017, TroyBoi rose to the occasion in Orlando with a blistering mix that showcased his technical skill as it squeezed 40 tracks into his live set.

Throughout his performance, TroyBoi leant primarily into the harder trap sounds, but spiced things up with rap cuts like Kendrick Lamar‘s “Humble” and Travis Scott‘s “Butterfly Effect.” Always one to throw a surprise at fans, TroyBoi even worked in reggae with a clever transition out of his hit “Do You?” into Damian Marley‘s iconic “Welcome To Jamrock.” Get the festival fix we’ve all been missing by diving into the mix below.