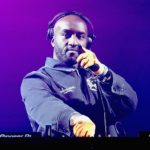 Virgil Abloh has long demonstrated that his artisan capabilities are limitless, with his DJ set for the Louis Vuitton 5.1 fashion show after-party in Shanghai, China being one of several testimonials on top of his tenure as the Off-White

The set commences with an innate mix of crafty transitions and proper Chicagoan house fillers, which might catch first-time listeners off-guard. The fashion designer is seen performing on his eye-catching collaboration project with Pioneer DJ in which he produced a pair of custom-made translucent CDJs and mixer that has since been on display at Chicago’s Museum of Contemporary Art.

The DJ and entrepreneur recently released a single titled “Delicate Limbs,” with serpentwithfeet, accompanied with gripping and emotional visuals. Abloh’s Louis Vuitton after-party DJ set can be rewatched below via his very own programming station, Televised Radio Network.