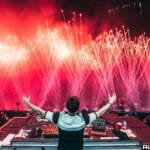 “Miami, are you guys ready?”

Indeed, the horde of thousands at Ultra Music Festival‘s 2017 main stage were. Zedd let the first break of his signature “Beautiful Now”/”Spectrum” intro edit rip—the crowd roared accordingly. For the next hour, Ultranauts basking in the warm Bayfront air would spend much of Zedd’s set on their toes, jumping in time to the music with their hands in the air. For those in Florida and those watching at home, it was a scintillating look at the 2017 festival season, formally inaugurated by the Miami mainstay. This is your invitation to glance back with Dancing Astronaut.

In hindsight, and certainly in real-time, Zedd’s main stage stint proved a circuit of classics. The best of Clarity and True Colors—the 2012 LP’s title track, “Spectrum,” and “I Want You To Know,” among others—nestled in among live staples, without which a Zedd set wouldn’t be complete: his remix of Daft Punk’s “One More Time” and his consistent show closer, his remake of Empire Of The Sun‘s “Alive.”

Chief among the highlights reel, however, was Zedd’s presentation of his performance’s sole surprise guest: Alessia Cara. Hot off the debut of “Stay,” issued just one month prior, Cara delivered a live rendition of the fan favorite near the laser- and pyro-ridden finale that, to this day, remains required listening for Zedd aficionados.

Dancing Astronaut celebrates the lead-up to what would have been Ultra Music Festival’s 2021 iteration with two weeks’ worth of Good Morning Mixes. Follow the series here.