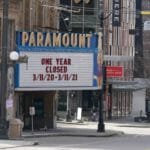 Venue owners across the United States are incorrectly being registered as “dead” in the Social Security Administration’s Death Master File (DMF), barring their ability to collect funds administered through the Shuttered Venue Operators Grant, which totals $16 billion dollars of relief, The New York Times reports.

Notably, the owner of Maryland’s Bobby Mckey’s, Bob Hansan, received an email stating that his name “appears on the Do Not Pay list with the Match Source DMF,” according to The New York Times. The government uses the DMF as a record of dead citizens who should no longer receive government-issued payments. As Hansan is not the only venue operator to be put into the system, the incorrect DMF registrations point to a repeated pattern of governmental inaccuracy when verifying the living status of venue owners eligible to receive aid nationwide.

To correct the misfilings, operators must send a letter to the government confirming the they are, in fact, alive. Because this process can take several weeks, some venues are being granted upwards of $500,000 while others will receive nothing for the foreseeable future.As of June 4, only 50 venue operators had received any monetary relief from the grant.

Via: The New York Times