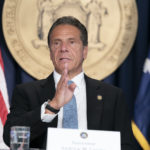 Live events may be returning to New York as soon as next month, according to Governor Andrew Cuomo. While some are writing off the idea as optimistic at best, the planned return to live sports, music, and arts is bolstered by an impending increase of COVID-19 vaccinations and rapid testing sites.

Governor Cuomo cited the recent Buffalo Bills game as a shining example of how live events may run in 2020, calling the playoff game, which was the first of the season to allow limited fan attendance, an “inarguable success.”

In his State of the State Address, Cuomo stated that “testing is the key to reopening our economy before the vaccine hits critical mass.” He continued,

“Rapid testing poses great possibilities, as it can be completed in as little as 15 minutes. We will be entering a time where more people are vaccinated, and this will allow us to reopen more businesses safely. We piloted our strategy at last week’s Bills game, where testing was done in a drive-thru, at approximately five minutes per car. The New York State Department of Health is monitoring the contact tracing results, but all early indications suggest this model was successful.”

With a plan in place, it seems like venues could be on the verge of opening on a limited basis. The New York Arts Revival, a private-public partnership which aims to bring the state pop-up performances from over 150 musicians, is slated to begin on February 4 in accordance with the New York State Council. For current information about COVID-19 in New York, visit the state assembly’s official website.