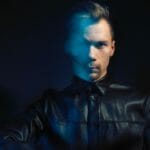 Grigoré’s story is just taking off after a strong introduction on This Never Happened last fall, and the Russian architect is already back home on Lane 8’s imprint with his follow-up project in hand. Postdating his Illusion EP from November, which lined up a couple of Grand Lake IDs, Grigoré has catalyzed a fitting sophomore package with At The Edge Of The World.

While Grigoré might be classified as a freshman of sorts, his sound proves to be as matured and refined as any This Never Happened veteran that’s preceded him. Pinpointing a brace of inclusions from the Lane 8’s recently minted Spring 2021 Mixtape, including the EP’s title number as well as “Island Sakhalin,” Grigoré is bright-line corroboration that Lane 8 has one of the sharpest eyes for promising talent, with the St. Petersburg-native producer stepping into six distinctive lanes of polished, hair-raising melodic house. Listen below.

The post Grigoré shares introspective ‘At The Edge Of The World’ EP on This Never Happened appeared first on Dancing Astronaut.

Tagged as At The Edge of the World, grigoré, house, melodic, music, stream, this never happened.