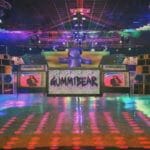 GUMMiBEAR emerged on the scene late last year putting together a growing catalog of work that targets a mix of the iconic and topical as the inspirations for a growing list of remixes. Having already reworked the likes of Justin Bieber and Michael Jackson, GUMMiBEAR is once again heading to the 1980s, taking on Shannon’s Grammy Award-winning “Let The Music Play” for his latest release.

The original song, which took home the golden gramophone for Best Female R&B Vocal Performance in 1984, was the title track and lead single for Shannon’s debut studio album. “Let The Music Play” famously incorporated TR-808 drum patterns and TB-303 basslines, both of which would play major roles in the expansions of hip-hop and subgenres of house across the next two decades.

Now, GUMMiBEAR has arived with a dance floor-ready rendition fit for 2021, laying his own house-primed spin on Shannon’s iconic hit. Listen below.